Readers air mixed opinions on use of foreign tour guides

Viet Nam News asked readers for their opinions about the Government’s ban on non-Vietnamese tour guides working for Vietnamese tour companies. The regulation, while also enforced in some other countries in Southeast Asia, received a mixed reception from readers. While some said the ban was reasonable, others said foreigners should be given a chance to serve the country’s tourism sector. 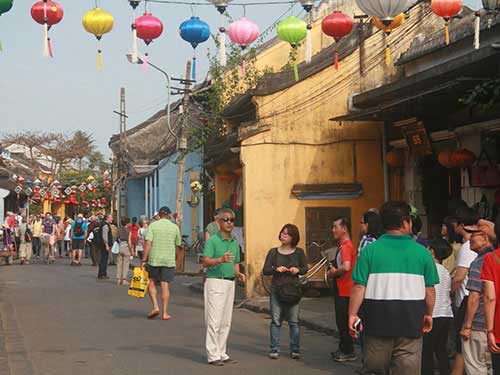 Here are some of the responses:

I’ve been living in Ha Noi for several years and while I have never been on a tour led by a foreigner, I think people should have this option open to them. I did actually know some Russian expats here who wanted to go on a tour with their parents who were on a visit from the motherland, but needed a Russian-speaking tour guide.

My friend said he was forced to use a semi-legal tour business which used Russians to take people on tours around Ha Noi and Ha Long Bay. There is demand for tour guides in Viet Nam from countries such as Russia, China and South Korea, or at least for people speaking the languages fluently. Vietnamese should be supported in becoming tour guides, but this should be in the form of subsidised training or language lessons, but not in bans.

In Australia, we allow foreigners with work permits to work in any sector, including tourism. We have Chinese, Russian and Vietnamese tour guides – and we have had no problems with them. I can understand being worried about foreign spies or foreign terrorists, but foreign tour guides seem an unlikely threat. Judge guides on their performance, not which county they are from.

As for the question of who would I prefer: a local or foreign tour guide in Viet Nam, I can only say this depends on the situation. Mostly, I’d go for a local tour guide, but that the door should also be open for foreigners if they can benefit the local industry.

If a Vietnamese destination does not have enough Chinese-speaking or English speaking tour guides, the tourism sector will suffer. Offering vocational training to Vietnamese people wanting to be tour guides is much more sensible than banning foreign competition.

In addition, healthy foreign competition will spur local firms to provide more quality tourism services. At present most are similar and many are absolutely boring.

I completely agree with this regulation. A foreign tour guide might provide wrong information that can create a false image of the country. Having an expatriate working can be an advantage in many fields, but not tourism.

Who can express the beauty of a nation better than a local person? If foreigners are hired, tourists might think the domestic labour force is incompetent. When I visit Viet Nam, I prefer Vietnamese tour guides, since they know best where to shop, what to buy, what places to go and where and what to eat

I read with interest that the Government only requires Vietnamese tour guides for western tourists. In the West there are tour guides from many nationalities who conduct tours in their native language.

Tour guides in the West have standards and they must become proficient in understanding what is on offer. They usually belong to such groups as the Guild of Professional Guides, an English group that is now recognised all over the world.

I have been on tours all over Viet Nam with local tour guides. They are okay at handling very small groups, but do not possess much general knowledge.

What happens if a bus load of Western tourists come gets a Vietnamese tour guide who reads the information off a sheet and cannot answer questions about the history about the country? This will deter visitors from taking tours as bad news travels fast.

There is much history here that is ignored and tourist companies do not cash in on. Tourist authorities should give visitors what they want, not tell them this is what you get.

While it is understandable that the Government should protect citizens from losing jobs to foreigners, it should also attract talent from foreign workers.

We in California are deluged with foreign workers, many of whom work and live in Silicon Valley.

We are in difficult economic times. Creating employment is necessary and urgent. Therefore, I find it surprising that many tour guides in Vietnam are foreigners. This means many Vietnamese trained to become tour guides are unemployed.

There are many foreigners working as guides that many Vietnamese have no chance of improving their professional skills, especially in English. This will be a big obstacle when Viet Nam opens its doors wider to the ASEAN economic community in 2015.

Moreover, because foreign guides cannot understand Vietnamese history, culture and customs very well, they may provide wrong information. This harms our image to international friends. So I agree with the policy that bans foreign tour guides.

This may affect tourist companies in the short term, but in the long term, it is better for workers and companies as well as the tourism sector.

Related articles across the web