Foreign arrivals in Vietnam up 20% in November

Around 723,740 foreigners visited Vietnam in November, up 12.9% over October and 20.4% against the corresponding period last year, according to latest statistics from the Vietnam National Administration of Tourism (VNAT). 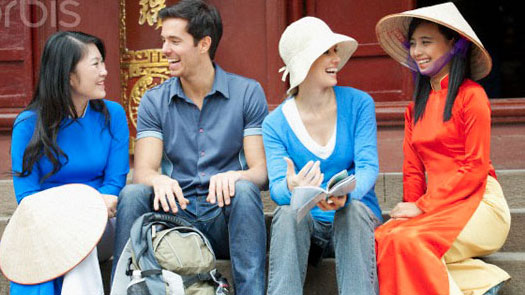 Thus, the country has welcomed 7.07 million foreign tourists so far this year, marking a slight decrease of 2% on the year.

The VNAT also reported that the number of domestic visitors maintains a positive growth and hit around 53.8 million in November.

The tourism sector earned VND312,936 billion in 11 months, a rise of 5.2% against the same period last year. This optimistic figure shows a constant growth of the tourism industry’s turnover in recent months (2.7% in 8 months and 2.8% in nine months).

Experts attributed the strong growth in number of foreign arrivals and tourism revenue to the peak season, the new visa exemption policy and recovery from two tradition markets – Russia and China.

Furthermore, the buckwheat flower festival and other kinds of flowers in blossom in different regions as well as great efforts taken by travel agents to promote domestic tourism have lured a large number of domestic travelers to the northeast and northwest.