After 4 months of negotiations, Vietnam Airlines was licensed by Canada to fly

TTO – On June 18, 2021 – Vietnam Airlines announced that it was officially granted the “Foreign Air Operator Certificate” (FAOC) certificate by the Canadian Ministry of Transport to operate flights to this country.

After 4 months of negotiations, Vietnam Airlines was licensed by Canada to fly (Photo: Tuoitre.vn)

This results from more than 4 months of work between Vietnam Airlines and the Canadian authorities – one of the countries with the strictest legal barriers for foreign airlines to exploit.

With the FAOC certificate, the airline can conduct passenger and cargo flights between Vietnam and all airports in Canada.

Previously, the airline was granted this certificate for the first time with only 3 months from July 13 to October 13, 2020, and extended until November 15, 2020. Since then, Vietnam Airlines has remained the first and only airline in Vietnam that has obtained the operating approval of the Canadian authorities.

To achieve this important certification, Vietnam Airlines has worked with at least 6 specialized Canadian agencies, including the Aviation Authority, the Ministry of Transport, the Aviation Security Agency, and the Border Services Agency, the Internal Revenue Service, Customs and Immigration Office.

Specifically, in addition to meeting the requirements of the Canadian Aviation Authority and the International Civil Aviation Organization (ICAO) for the documentation system, Vietnam Airlines must demonstrate its competence in the fields of flight operations, maintenance and security aircraft maintenance, ground services, training, and COVID-19 prevention…

The whole process is expected to take 6 months, but thanks to the support of the Ministry of Foreign Affairs, the Ministry of Transport, and service partners, Vietnam Airlines has completed the procedure to apply for permission from the Canadian authorities sooner 2 months from the set deadline.

According to Vietnam Airlines, in the immediate future, the airline will operate flights to bring Vietnamese citizens in Canada home, and at the same time complete the necessary procedures to transport Canadian passengers, permanent residents in Canada, tourists, and students from Vietnam to Canada.

Vietnam Airlines is developing a plan to operate flights between Vietnam and Canada, of which Toronto and Vancouver will be the two main destinations. The earliest flight is scheduled to depart on June 30 to pick up Vietnamese from Toronto home. With a total flight distance of more than 20,000km and a return flight time of more than 30 hours.

In early June, Vietnam Airlines was also licensed by the US authorities to carry out 12 more flights carrying Vietnamese people home. 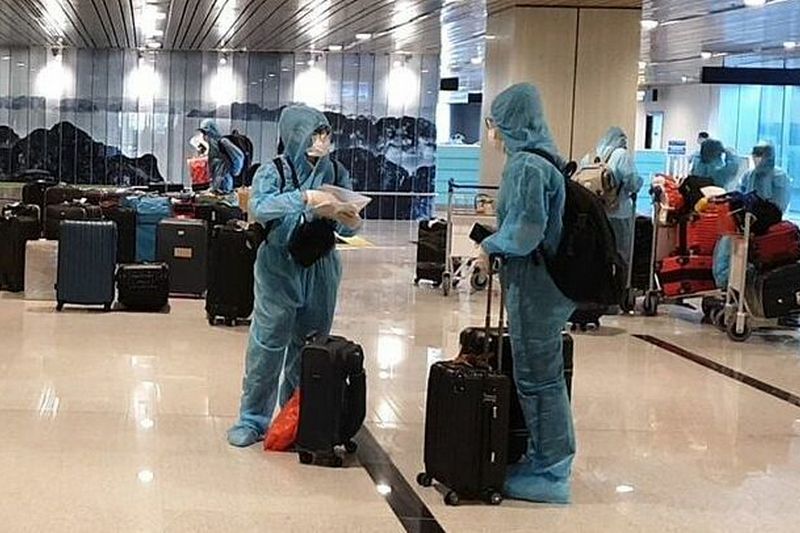 Great news! The first flight in Vietnam with vaccine passport